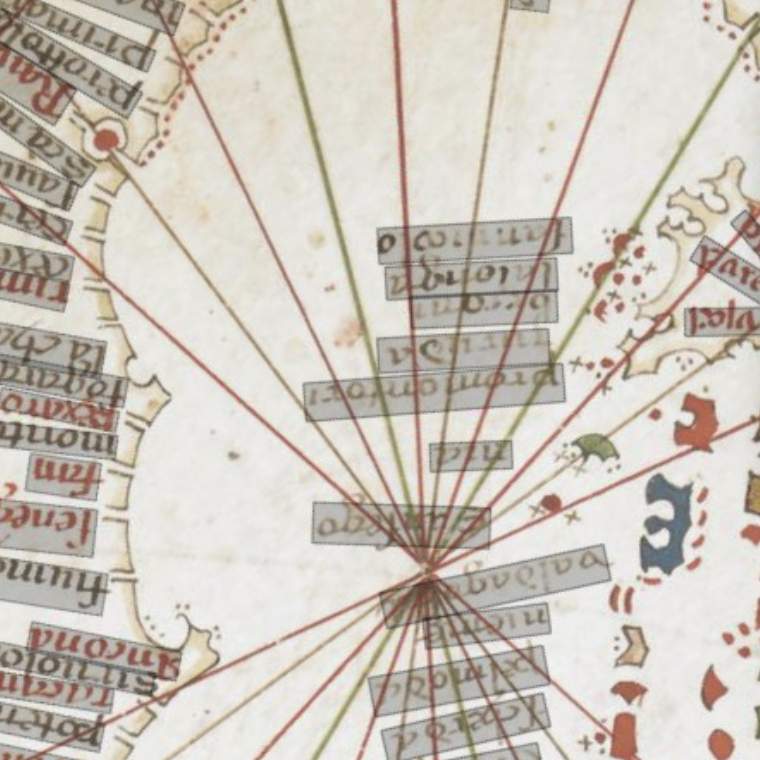 Medieval sea-charts: accurate before their time

Probably originating in the 13th century, portolan charts (the medieval answer to the modern Admiralty chart) contradict every normal preconception about medieval cartography being inexact - everything is where you would expect it to be.
An average chart lists perhaps 2000 ports and harbours, as well as natural features, especially the headlands which served as reference points for sailors.

Supported by the A W Mellon Foundation in 2014/15, members of Pelagios team have worked with British Library on a project to digitise and explore a range of charts from the 14th and 15th century. Using semantic annotation, we have created linked data annotations in order to explore how different historical sources might be used together to improve our understanding of how people thought about their world in those periods.

You can read more about the discoveries here